An artificial slalom track in Troja arose from the original raft gate, which were used since the fifties of the 19th century.  This raft gate should be filled in the seventies of the 20th century, but during only one decade was rebuilt into the slalom track because of the instigation of Professor Jaroslav Pollert. The artificial slalom served and is still used as the main training track for representatives of the Czech Republic in canoe slalom, but because of the background with different levels of difficulty is also popular place for the training of youth, teaching university students, rafting, rodeo, the training of firefighters, police and the other activities on the wild river.

In 2013 Prague's Troja hosted the World Championship in canoe slalom after short seven years,  which was by coincidence the year of Czech canoeing centenary anniversary. World Championships were one of the most sucesfull sport event organised in Czech Republic. Best results are world champion title for Vavrinec Hradilek, second for Jiri Prskavec and Volf/Stepank. Another two gold medals add czech in team races. If Prague will be a candidate for the Olympic Games, this resort could be selected as the Olympic area just for water slalom. 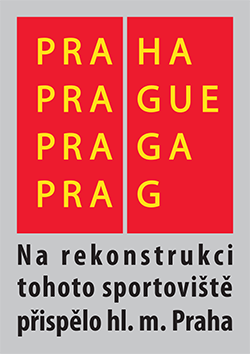